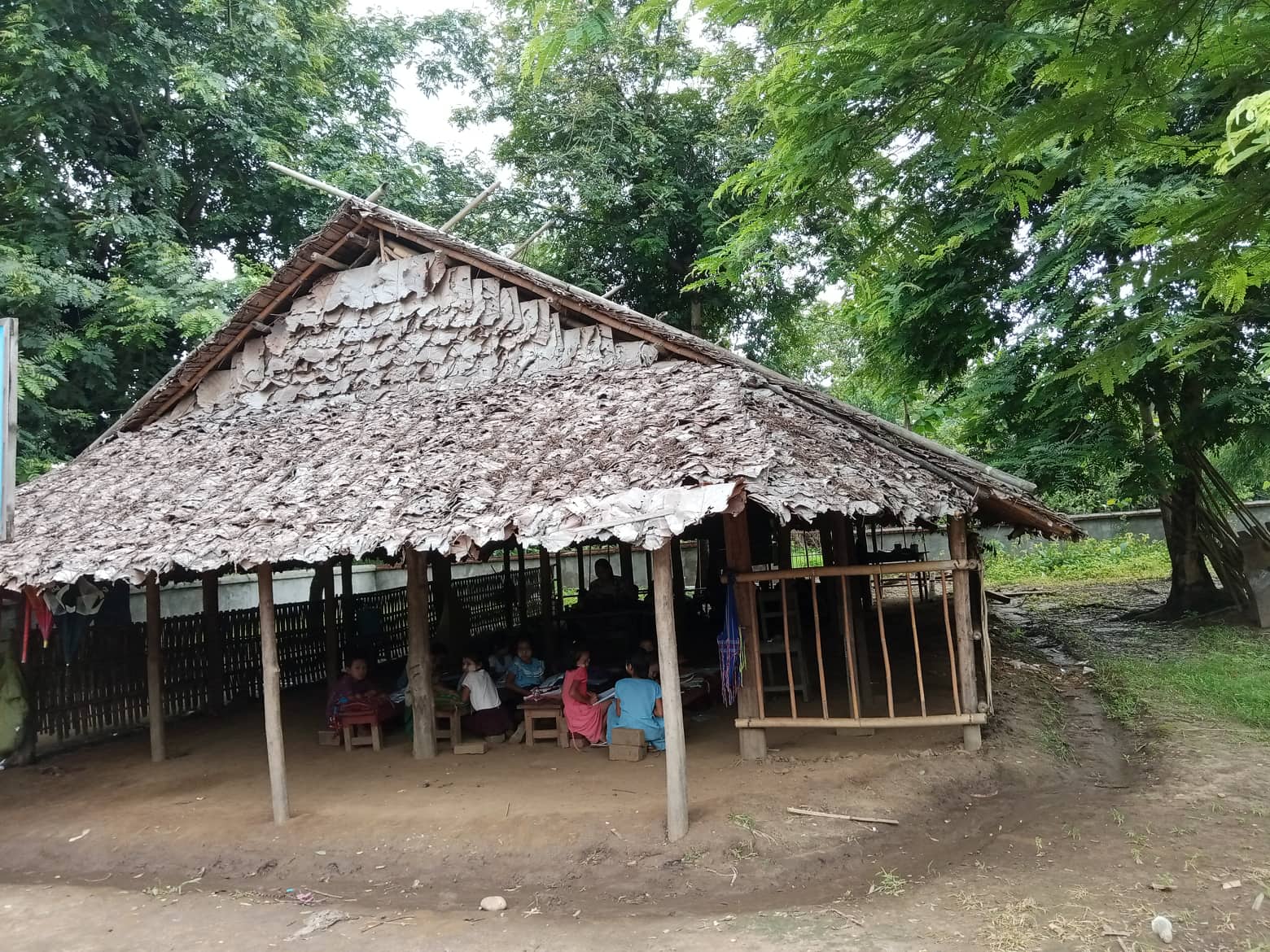 Like other internally displaced persons (IDPs) in Myanmar, those in northern Karen State have experienced violence and abuse for many decades. Many of these IDPs try to survive inside Myanmar . Yet some have fled to Thailand and claimed asylum or have become migrant workers in that country and others (mainly Malaysia and Singapore).

After the 2012 preliminary ceasefire between the military government and the Karen National Union (KNU), the situation in northern Karen State became a little better as fighting decreased. However, the situation has deteriorated since the military junta took power through a coup in February 2021. Naw Hot (all names in this article have been changed), a 49-year-old IDP living in a resettlement village, said:

“We had suffered displacement in the past [pre-2012]… We left our house and the Myanmar military destroyed everything and they grabbed everything that we own. In the past, I had six siblings, two women and four men… After the situation improved a little bit, they went back to our old village, but one brother was… tortured and killed.”

Since last year’s coup in Myanmar, the military has renewed attacks on civilians in many parts of the country. In July 2022, the KNU and allied groups undertook a comprehensive assessment of the humanitarian impact of the coup (unfortunately the report is unavailable online). They found that nearly 1.5 million people were displaced, with 866,000 new IDPs since the coup, of which over 200,000 were in Karen areas.

The military junta continues to target civilians and their livelihoods in northern Karen State. Rather than attempting to cross into Thailand, many IDP villagers in the Taw Oo area hide in forests and return to their homes after security threats have temporarily subsided. Saw Dah Poe, 79, shared his experience of hiding in the forest:

“There were troubles but not serious enough to threaten our lives. When we were living in the forest… we didn’t have shelters like at home and we lacked sufficient food… We got sick and we didn’t have medicine to cure a fever so it was difficult for us.”

Traditionally, Karen communities in mountainous areas cultivate rice, work in community-owned forests and keep animals for their livelihoods. In upland areas they plant crops such as cardamom, turmeric, coffee and tea, as well as various fruit, nuts and vegetables. However, their livelihoods have never been secure, and remain under constant threat from military violence. Saw Lah Lah, 94, remembers: “… when my crops were growing well and it was about the time to reap, Burmese soldiers saw this and burnt them down.”

In the face of such adversity, the KNU is regarded locally as a legitimate and relatively effective governance authority. The KNU administers seven districts through its own laws and rules, which are often more inclusive than those of the Government of Myanmar, and are far more progressive than the policies of the military junta. The KNU has also been providing basic public services to communities in areas under its control or influence, though it has limited financial and human resources, and faces many challenges operating in a war zone. At the same time, communities are resilient, drawing on their ethnolinguistic and faith-based networks for support, though this resilience has its limits.

A customary collective land tenure and management system, known as ‘Kaw’, operates in Taw Oo district. Kaw continues to be practiced in the face of large-scale displacement and helps those affected to gain a livelihood. Currently, however, food security in the northern Karen hills is severely challenged due to military violence.

Furthermore, as displaced people mainly rely on land and agriculture for their livelihood, they are particularly vulnerable to the impacts of climate change. Patterns of rainfall are changing, and temperatures are rising. Locally, this can often be a consequence of deforestation, which directly impacts communities’ livelihoods. A local KNU battalion commander in Taw Oo observed that:

“We notice that, over the past ten years, the weather has changed… Climate change is significantly reducing the yields of crops in our areas. Therefore, it’s really important to raise awareness among the public in conserving the environment.”

As a result of violence and climate change, the existing community support systems among IDPs in Taw Oo are at their limit. Despite their best efforts, they will need support from the international community to re-establish sustainable livelihoods and achieve equitable development. Unfortunately, in the past, the technical or vocational training provided was not always relevant to them, so villagers were not able to use their newly acquired knowledge. Moreover, even useful capacity building initiatives are not enough in themselves, they must be built upon through strategic investment.

The only way forward is for international actors to work in partnership with local ones, in order to provide the most effective technical and vocational training for sustainable livelihoods. Local organisations are capable and trusted by the community. Ultimately, resilience is admirable, but in the long run, appropriate outside support is necessary if communities are to get through long-term crises.

Jasmin Paw (not their real name) is involved in the Protracted Displacement Economies (PDE) project. PDE is a project funded by UK Research and Innovation through the Global Challenges Research Fund (grant reference number ES/T004509/1).