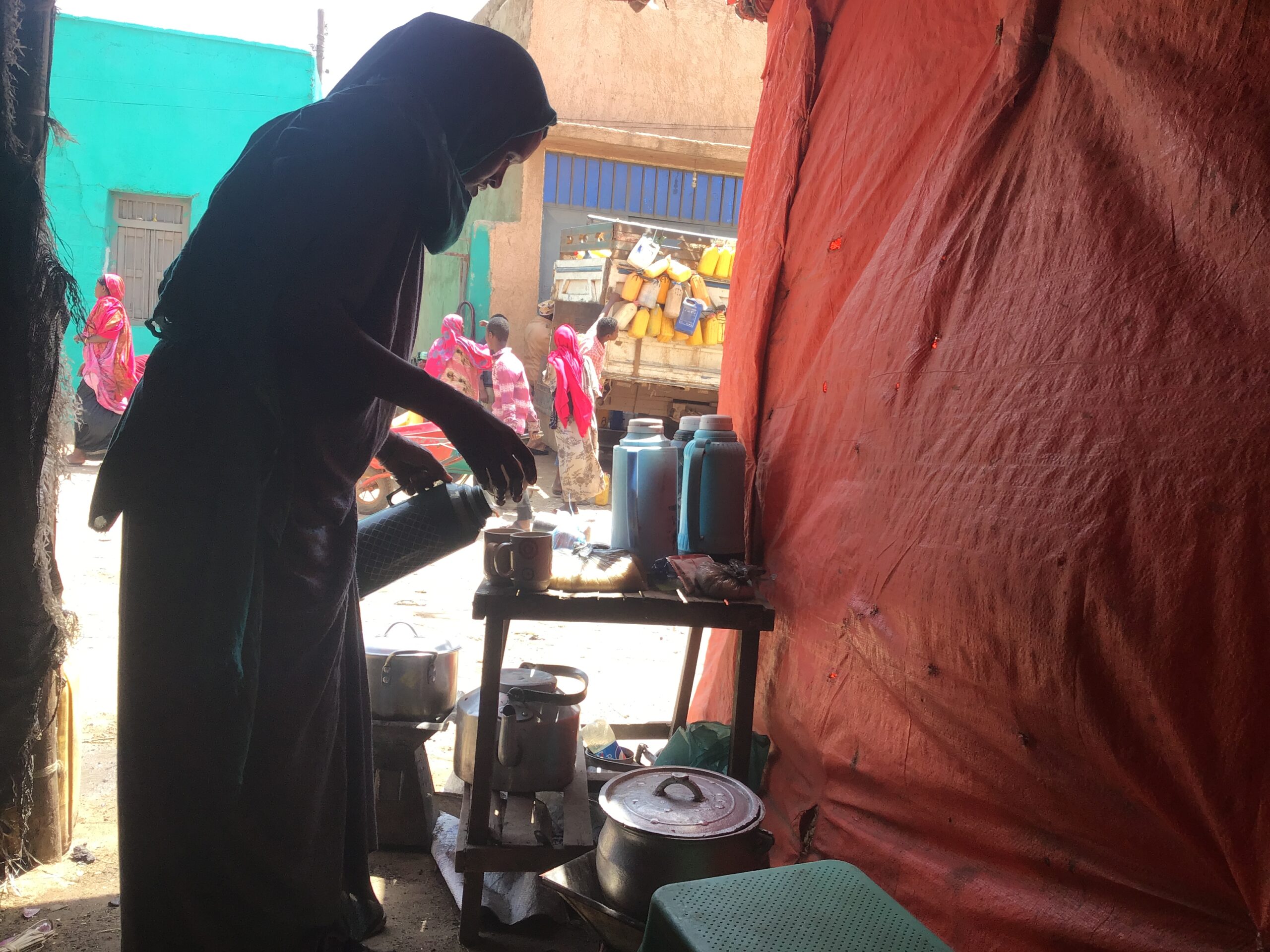 A refugee selling tea and charcoal in Kebirbeya, Ethiopia

Around the world many refugees and displaced people are in limbo: unable to return home, unwanted where they are living and unable to go anywhere else. The majority of refugees in the world have been in these situations for more than five years, a threshold usually referred to as ‘protracted’. As crises become prolonged, the limitations of the humanitarian response have long been recognised as insufficient and inadequate. Global policy interest is shifting from short-term humanitarianism to longer-term development responses to protracted displacement. This was most recently indicated by the Global Compact on Refugees in December 2018.

This project investigates the replacement of a traditional humanitarian model with a new, development-orientated approach: the protracted displacement economy. Our focus is not just on displaced people but the ‘displacement-affected community’, including the ‘host’ population, amongst others. In addition, we understand the ‘economy’ to involve both financial and non-financial transactions. If community organisations are empowered, the vast economic potential of displacement-affected communities around the world may be realised.

The Protracted Displacment economies project launched in September 2020 and runs until August 2023. Read on to learn about the members of the project team, the partner organisations that make up the project consortium, the funders of the project and the project’s advisory board.