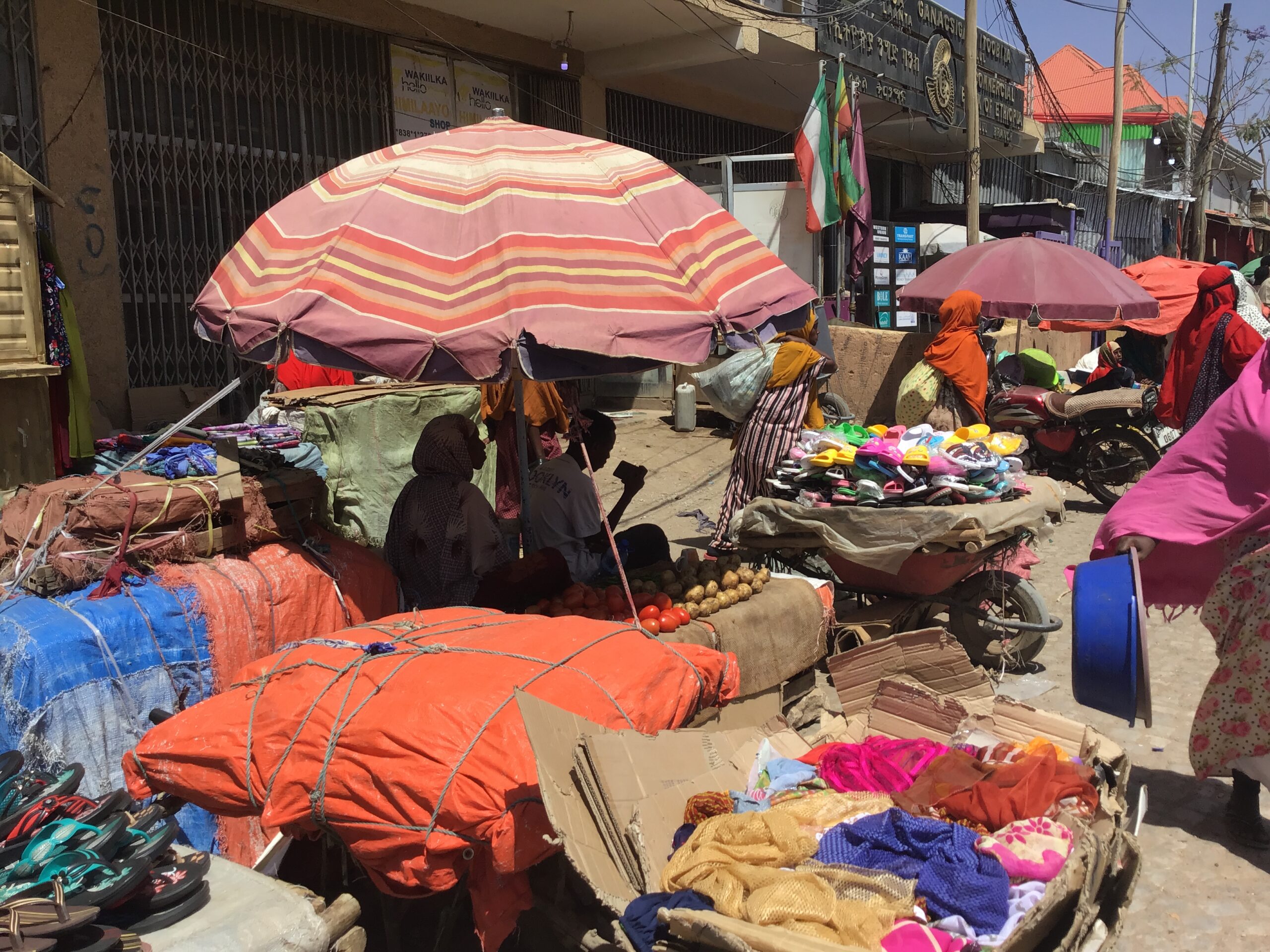 As one of Africa’s major refugee-hosting countries, Ethiopia was an active participant in the discussions that finally resulted in the UN Comprehensive Refugee Response Framework (CRRF) in 2016. Two of the CRRF’s main objectives are to support refugees’ self-reliance and to ease ‘pressure’ on countries that host refugees. Following this, the Government of Ethiopia adopted a revised Refugee Proclamation in 2019. The Proclamation gives refugees the right to engage in paid employment in agriculture, industrial parks, small and micro-scale enterprises, and handicrafts (though in practice the right is not fully respected leaving many refugees reliant on informal employment). The Proclamation also includes refugees in the vital registration system, and allows them to open bank accounts and attend primary school. This blog post examines how Somali women refugees in urban areas in Ethiopia are engaging in economic activity.

In our surveys, women are regularly found to be the main breadwinners in their households, while at the same time being responsible for domestic work such as caring for children. In urban centres, women refugees are involved in several income-generating activities to cope with their displacement situation. Most of these activities take the form of menial work such as petty trade (selling goods on the street e.g. clothes, milk, tea, coffee, fruit and vegetables) and cleaning. A very small proportion of them travel long distances to the Ethiopia-Somaliland border to engage in cross-border informal business, with the aim of bringing goods to the centre for sale. These livelihood strategies enable female Somali refugees to pay rent and provide subsistence for their household in expensive urban spaces. However, these women operate in an environment of multiple vulnerabilities, due to factors such as gender, single motherhood and engagement in informal activities.

Khadija (not her real name) is a Somali refugee living in the Bole Mikael area of Addis Ababa. She is a single mother and lives with her five children and a niece. She fled to Ethiopia in 2010 from Heran Province in central Somalia where she lost several of her relatives and friends due to an attack by Al-Shabab. Khadija spent four years in Awbare refugee camp (in Somali Regional State) until she moved to Addis Ababa in 2014 to seek healthcare for one of her children. Her child’s situation made Khadija eligible to receive US$123 a month through the UAP. However, as this is not enough to support her family, Khadija bakes bread for a hotel and does cleaning jobs, and also relies on the support of her neighbours.

The role of local solidarity

Eighty-three percent of our survey participants received support from their neighbours and other social networks. This support includes food, money, care and labour sharing. Among the Somali, this mainly works based on existing webs of social relations through kinship – ethnic, clan and extended family relations.

When Khadija arrived in Addis Ababa, she asked the driver to drop her at Bole Mikael, an area with many Somali inhabitants. In the Somali social context, supporting each other in childcare is considered a social obligation of the kin group and neighbourhood. Thus single mothers like Khadija look for ethnic Somali landlords when they rent a house. Such social relations and local solidarity are the main enabling factors for women such as Khadija to be able to engage in income-earning activities, as neighbours provide assistance in childcare, including provision of food in the absence of mothers.

Over the past two years, COVID-19 and political instability have caused major disruption to livelihoods in Ethiopia. A rise in unemployment has been coupled with a drop in remittances and soaring inflation (in September 2021, the inflation rate reached 34.8% and food prices increased by nearly 42%). This tremendously affects urban refugees who largely survive through informal employment besides the little financial assistance they obtain through the UAP. Even worse is the situation of women refugee-headed households, who lack adequate support from official agencies and face societal discrimination.

On top of the economic damage caused by the pandemic, millions of people in Ethiopia have recently been displaced due to the ongoing conflict. This is very much straining the capacity of the humanitarian sector, leading to fears that UNHCR might reduce the per capita assistance it provides. Any reduction in assistance will negatively affect urban refugees’ capacity to cope with displacement, and women refugees will likely be disproportionately affected. Like Khadija, most of these women have several children. As a result, Somali urban refugee women are clear that any reduction in assistance would make their lives more precarious.

Fekadu Adugna is Project Coordinator at the Organization for Social Science Research in Eastern and Southern Africa and a member of the Protracted Displacement Economies (PDE) team. PDE is a project funded by UK Research and Innovation through the Global Challenges Research Fund (grant reference number ES/T004509/1).