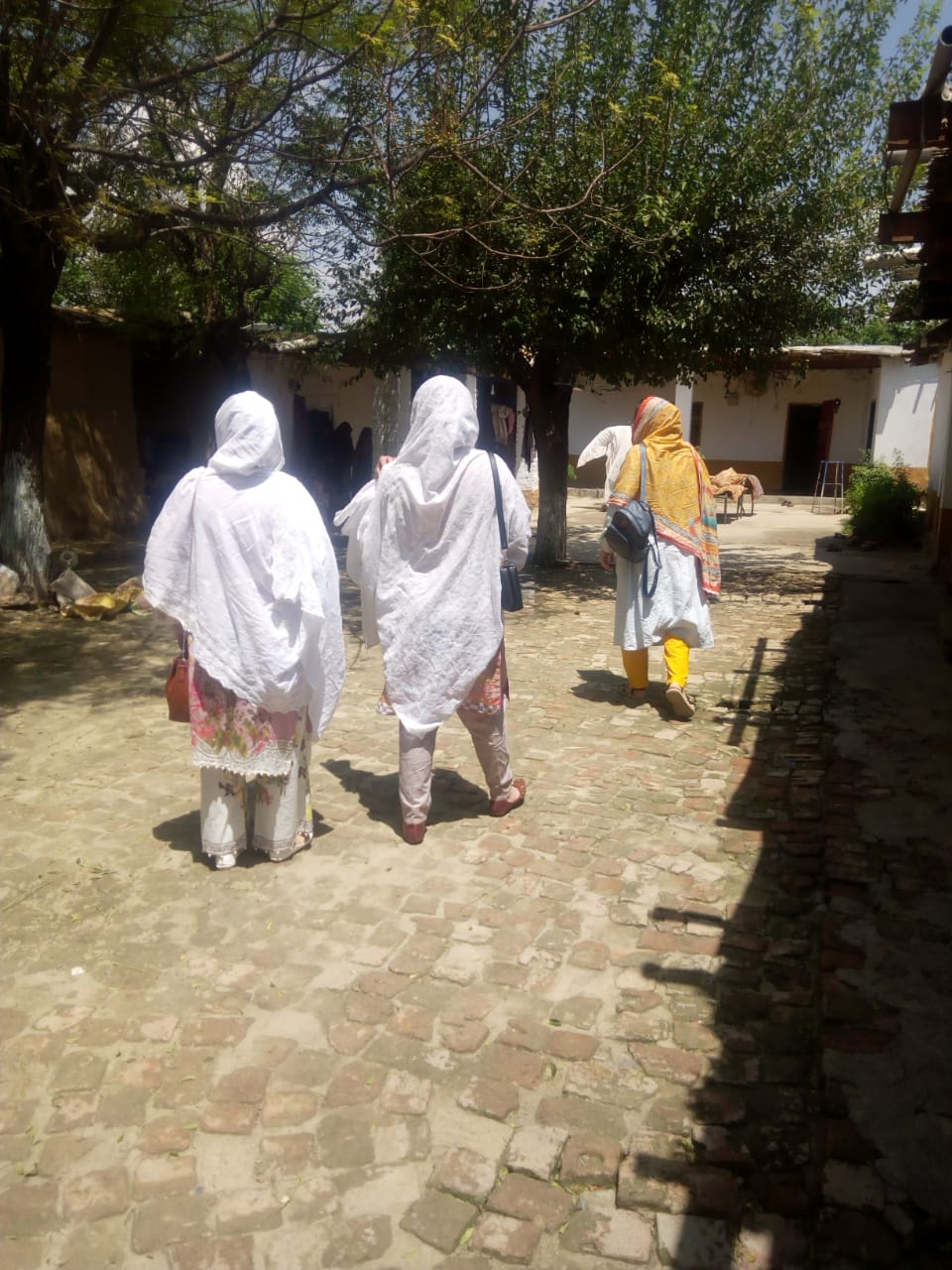 A key data set for the Protracted Displacement Economies project is a large-scale household survey. Some of the challenges associated with household surveys will be familiar to anyone who has conducted them, while others may be specific to this project.

We have now completed almost 1,200 surveys in our refugee village (refugee camp) site, one of three sites we will survey. The data collection has been challenging, not least completing it in the heat and humidity of summer in Khyber Pakhtunkhwa!

The initial challenges were access and sample selection. We had to gain permission from the camp security office and were only allowed to collect data within certain daytime hours, which had implications for respondents’ availability. We then had to get permission from the maliks (community leaders) for each area. The lack of a consistent sampling frame made selection difficult. This was compounded by the layout of the camp – the plan of approaching every 5th household in one ‘neighbourhood’ (or malik’s area) is not straightforward when there isn’t a clear street pattern, building compounds may hold multiple households, and neighbourhoods are not visibly defined.

Being part of the displacement economy

Explaining academic research can be challenging. Another challenge relates to the fact that, in recognition of our own position vis-à-vis the displacement economy, as well as the time-demands we were placing on respondents, we paid them for their time. Whilst this is based on a considered ethical decision, it did raise practical difficulties, as some residents of the camp vied to be chosen over others selected via the sampling frame. It also made it harder to communicate to residents we were not from a non-governmental organisation (NGO) or donor agency.

The bureaucratic structures of the refugee village (camp) setting mean that conducting research in them can be very different compared to other locations. For example, in the pilot survey in Peshawar, one practice we observed was a culturally-appropriate reluctance to refer to female household members by name. However, in the refugee village this was less apparent. We suspect that, in the context of protracted camp life, hiding female names was a cultural norm that became a luxury in the face of the demands and controls of NGO and humanitarian bureaucratic structures.

Based on social science textbooks, you might imagine a survey to be conducted one-to-one, or even self-completed by the respondent. This was certainly not the case for us! Completing the survey was an event often accompanied by multiple observers, from young children to adult family members and neighbours, who sometimes could not resist joining in the discussion. As ‘guests’ in the camp we were also proactively invited by householders to drink tea or have a meal during surveys, and it was very hard for the survey team to resist this cultural norm.

One of our motivations in conducting this research is exploring the extent of neighbourly cooperation and solidarity, so it was interesting to see that the monetary compensation we were providing also led to respondents urging us to survey particular neighbours who they knew were in need. Given we were trying to capture representative information about household economies, this meant we were in ongoing communication and explanation of why targeting particular households was not possible, even whilst we appreciated their efforts to support those in need.

Despite these challenges and more (including travelling by boat to the village due to flooding), we have a very dedicated and motivated team of student enumerators. It has been an enlightening experience, and we look forward to comparing our findings with the other sites in Pakistan and indeed sites in other project countries.

Dr Shahida Aman and Dr Ayub Jan are both Assistant Professors at the University of Peshawar and members of the Protracted Displacement Economies (PDE) team. They would like to acknowledge the insights gained from their discussions with enumerators and supervisors during their fieldwork. PDE is a project funded by UK Research and Innovation through the Global Challenges Research Fund (grant reference number ES/T004509/1).