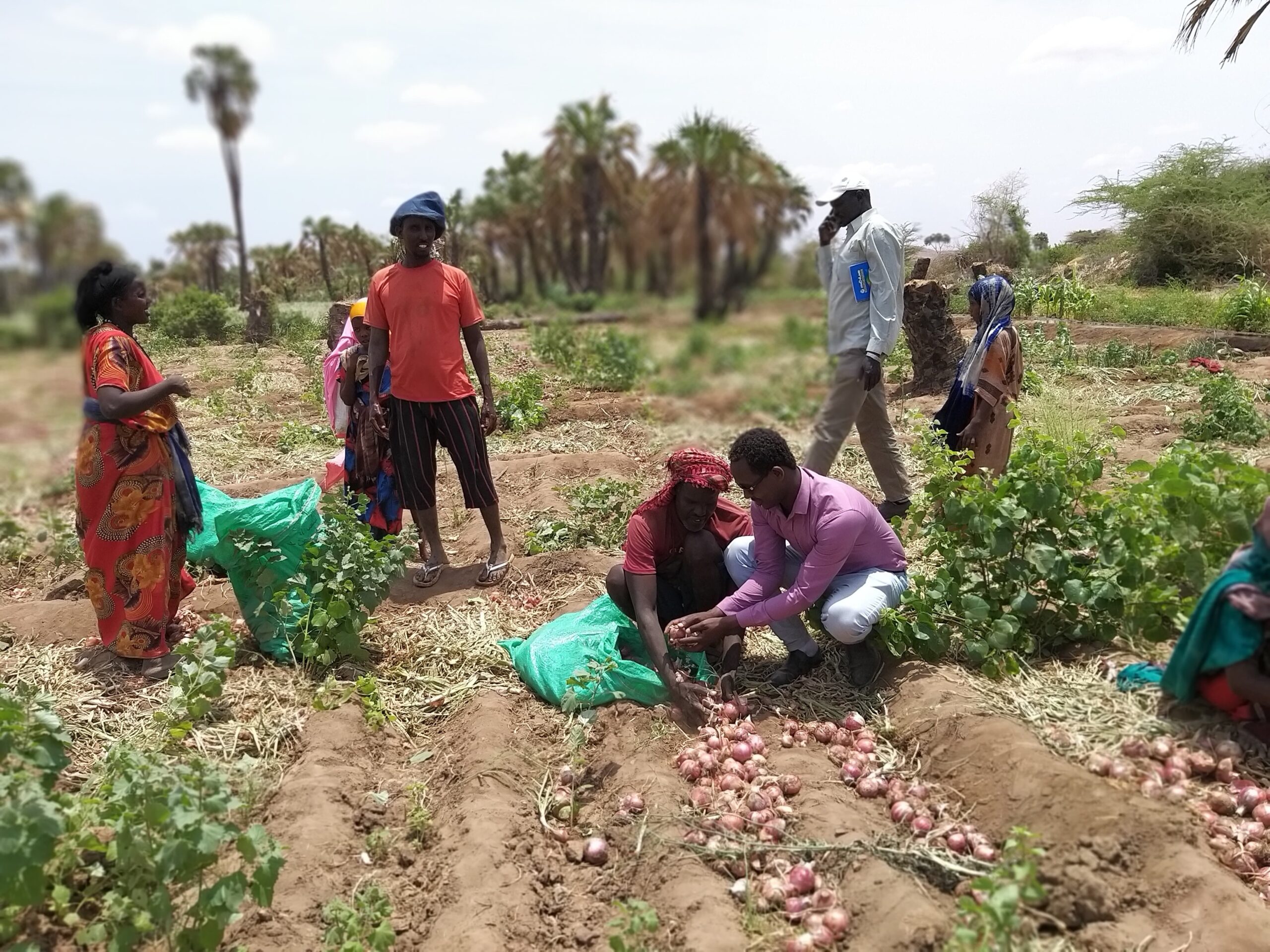 Dollo Ado is a district in south-eastern Ethiopia bordering Somalia to the east and Kenya to the south. As of February 2022, Dollo Ado’s five refugee camps host 199,360 refugees from Somalia. The camps were established between 2008 and 2010 to host refugees displaced in southern Somalia due to armed conflict and recurrent drought. Southern Somalia has been suffering from a resurgence of armed conflict since 2008. The conflict is mainly between the Government of Somalia (supported by the African Union Mission in Somalia) and the extremist non-state group Al-Shabaab.

This blog post highlights the role that Somali refugees play in stimulating the farming economy in Dollo Ado. Contrary to the common assumption that refugees are passive recipients of aid and a burden to the ‘host’ community, Somali refugees in Dollo Ado are significantly contributing to the transformation of the local economy. This shows how much refugees can contribute to economic progress if provided with the right opportunities.

Most of the refugees in Dollo Ado camps were displaced from the fertile agricultural areas of Juba and Shebele in southern Somalia, where the Rahanwein clan practice an agro-pastoral way of life. When they arrived in refugee camps in Dollo Ado, these refugees found themselves between two big rivers: Ganale and Dawa, which had never been utilized for irrigation. Ganale River is situated in around two to four kilometres away from each of the refugee camps (except Bokolmayo camp), and it is very suitable for irrigation.

The refugees have entered into arrangements with the ‘host’ communities to access land. Two of these arrangements are renting land and sharecropping. Refugees who have financial capacity rent land from the ‘host’ community, purchase water engines that pump water from the river to the farm, and initiate irrigation. Those who cannot afford to rent land use burjuwas – a sharecropping arrangement common in Somalia. Under this arrangement, the landowner contributes land and the landless contribute labour. The remaining agricultural inputs (such as seed, fertilizer and insecticide) are contributed by both parties.

The collaborations centre around onion farming, which was not previously undertaken in the region. From the outset, the refugees and their ‘host’ partners wanted to produce at a large scale and sell in local markets and beyond. Indeed, in 2019 and 2020, they sold their produce as far as northern Ethiopia. The successful ventures generated tens of thousands of birr. For example, Mohammed (all names in this article have been changed) is a 58-year-old refugee who lives in Buriamino camp with his two wives and 23 children. In 2018, he was among the first refugees to enter into a sharecropping arrangement with a ‘host’ family. Together they worked to irrigate two hectares of land. Mohammed earned 78,000 birr (US$1519) in the first harvest. He has continued to make a relatively reasonable amount of money since then.

The ‘host’ community are taken by surprise

This region, which had entirely depended on the purchase of vegetables (as well as cereals and fruits) from other regions of Ethiopia and neighbouring countries, has suddenly become a source of vegetables for different parts of the country. Before the agricultural initiatives described above, the clans inhabiting the region had engaged in pastoralism or hoe-based cultivation. They had never been involved in irrigation agriculture, and were taken by surprise when they realised that their land could be such a productive asset.

Kemal belongs to the lineage of the head of the Garimaro clan. He owns over 50 hectares of land, which traditionally had been used for grazing. In 2018, a refugee man asked to use a hectare of his land for onion farming. Kemal agreed and said the refugee man could cultivate as much as he could afford. The man cultivated around three hectares. He produced onions that fetched about 600,000 birr (US$11,684). Kemal said: “when I saw the land I gave him fetches that amount of money, I was taken by surprise, and now I am among the leading farmers. I purchased two water engines, and I am considering buying a car.”

“I have to learn”

Adan is another member of the ‘host’ community benefitting from the agricultural practices introduced by refugees. He is a 45-year-old resident of Buriamino, a small town next to a refugee camp. Adan served in the Ethiopian National Defence Force, and he was deployed to South Sudan as a member of the Ethiopian contingent of the United Nations Mission in South Sudan. Speaking about the impact of refugees on his life, Adan said:

“When they [refugees] produce onions and earn that amount of money… I said to myself, ‘I have to learn’. I cultivated a piece of land… I had a small amount of money from my stay in South Sudan which I used for seed, and other inputs. I produced onions and managed to harvest 350 quintals [a quintal is about 80 kg]. I sold a kg for 18 birr, so fetched over 500,000 birr in total, and bought a pickup car. The car is [popularly] known as the car bought by onions!”

Following these success stories, many people around the camps, including civil servants and workers of humanitarian agencies, have engaged in irrigation agriculture. Beyond the neighbouring ‘host’ communities, wealthy business people from Dollo Ado and elsewhere have begun to rent land and start cultivation. New knowledge and technology have been introduced to the region, which has suddenly made land an important asset, and attracted many new economic actors to the region.

Fekadu Adugna is Project Coordinator at the Organization for Social Science Research in Eastern and Southern Africa and a member of the Protracted Displacement Economies (PDE) team. PDE is a project funded by UK Research and Innovation through the Global Challenges Research Fund (grant reference number ES/T004509/1).